So this week we are looking at Charles R. Heap my maternal great grandfather. 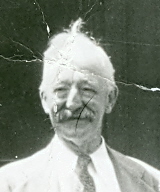 Charles was born in Stalybridge, Cheshire England in May of 1860 to John Woolley Heap and Richmal (nee Hall) Heap.

Well in 2000 my sister and I did our due diligence in the Stalybridge area when we traveled to England for research. The Stalybridge and Ashton under Lyne area is located east of Manchester where we spent quite of bit of time. Madeleine had inquired with the local parish church long before our trip, and made arrangements for us to do on site research in Ashton under Lyne’s St. Michael and All Angels Anglican church. Wow that was one of our many highlights from that trip.

In the census John W. Heap head of household is 28 years old and an Innkeeper born in Cheshire, Hollingworth. his wife Richmal is 25  and Born in Cheshire. Hollingsworth is crossed out and Newton is written there. Next it shows Mary W. age 2 born in Cheshire, Mortey.  next we have Charles R.  listed as 10 months old born in Cheshire, Stayley. Finally we have in the same household Kate Ellis a Servant who is listed as married and 22 years of age from Ireland.

Here in the 1881 Census we find Richmal Heap listed as Rachel Heap now 45 a lodger in the home of John Pennington, where her occupation is shown as Housekeeper. Included as lodgers are her sons Charles R. Heap (20) shown as a Plumber, Herbert R. Heap (13) a Scholar and a new brother Ernest Heap (6) born in Lancashire, Southport. John Wooley Heap is not here but he was later found in Ashton under Lyne as a visitor in the household of Henry Heap (80) and Eliz. Heap (77), listed as their son  at age 48.  We are now missing Charles older sister Mary Woolley Heap. I recently found that she died in 1873 at 15 years of age.

In 1885 we find Charles has immigrated to the United States and marries Ada Jane Booth in Castleton, Richmond County, New York on Nov. 25. 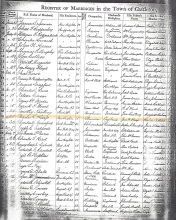 Charles and Ada Heap appear in the Register of Births in the town of Castleton 4 times. Their first child a boy is born on July 23, 1886 but does not live. Next is listed Aug. 18 1888  no name is listed but we know this is our grandmother Ada Richmal Heap. In 1891 we find  an other entry on Jan, 10th. This must be Aunt May, and then in November of 1892 we find a listing for Walter Ernest Heap.

You can’t really see Walter in all that fur in the carriage. The house there looks like the one on Roe street in West New Brighton that was shown in an earlier post.

We also showed in an earlier post Charles Naturalization papers. He became a citizen in 1888, having arrived from England in April of 1882.

In the 1900 US census Charles is listed as a plumber the same occupation that was listed in the UK census.

If you could read this you would see that Charles and his family live between his wife’s brothers family and her parents. This census lists that Ada Jane Booth gave birth to 5 children, three of which are living.  Have not found the other child.

In the 1910 census all the children are at home.  The family continues to be living on Roe Street and it shows 5 children born to Ada  with 3 still living. Charles is 47 and has been married 24 years. He is still listed as a plumber. I do not understand why these images are not more legible. Sorry about that, but if you click on the images you will see an enlarged image and you might be able to read the entries.

In the 1920 US Census Charles and Ada have their daughter Maybelle and her husband Thomas Bush living in the house on Roe Street. 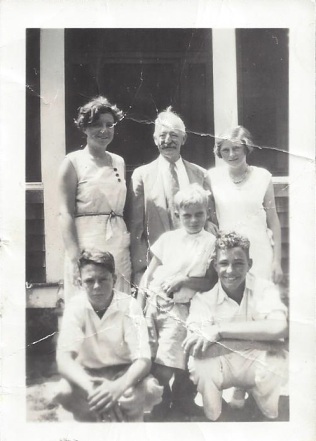